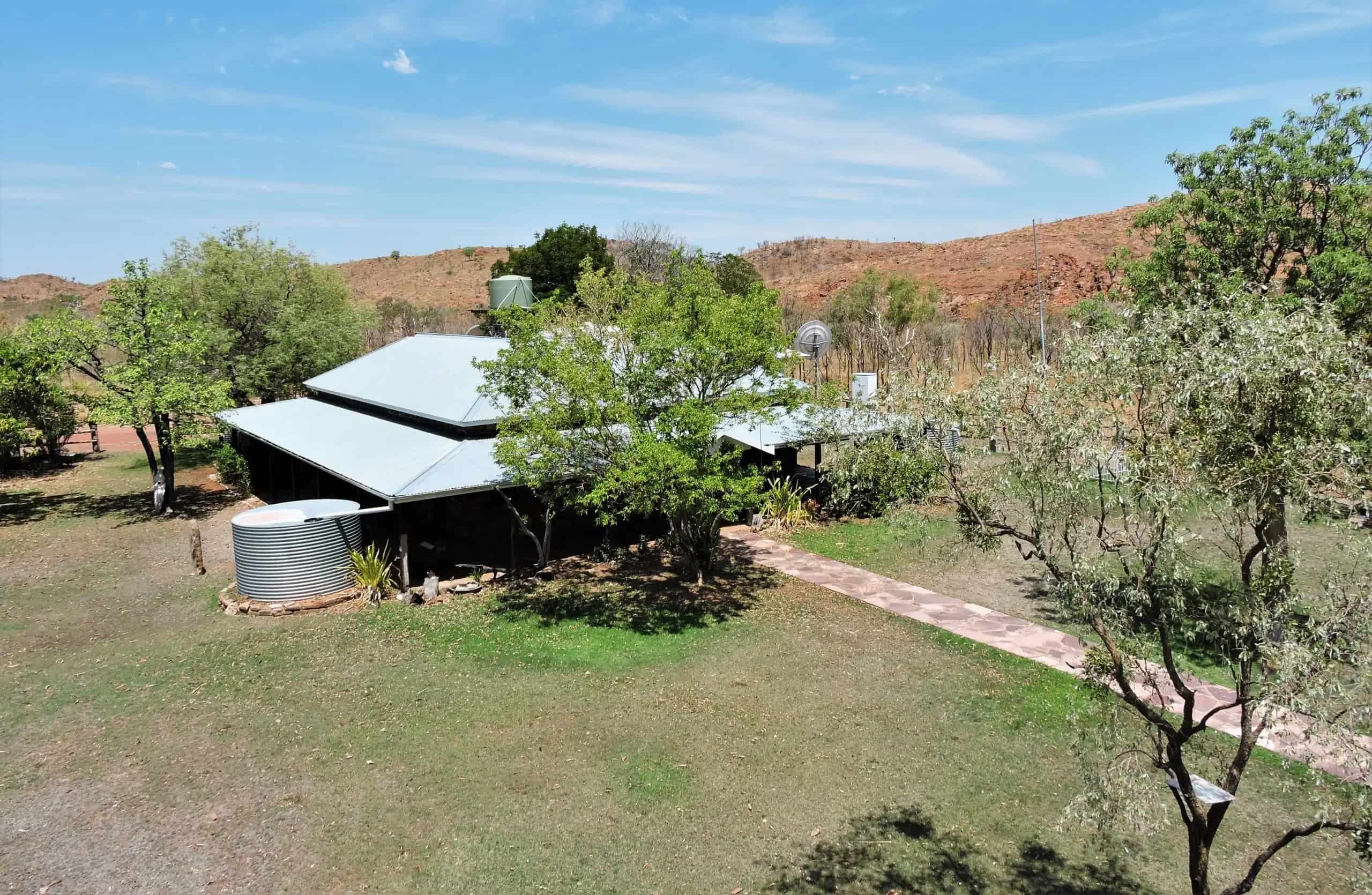 About the Argyle homestead Museum

The Duracks, originally from Galway, Ireland, were early settlers in the Kimberley, the first to take up extensive pastoral leases and to build a permanent home in the region.

They arrived with cattle from western Queensland in the mid 1880s having undertaken, during the years 1883–85, one of the longest cattle drives in history with the aim of establishing a pastoral industry along the fertile Ord River, land of the Miriuwung Gajerrong. That the Duracks succeeded in this aim was due largely to the trust and cooperation received from those people.

Argyle Downs Homestead was built by ‘Patsy’ Durack with assistance from his sons, Michael (MPD), John (JWD) and others. Completed in 1895 on the banks of the Behn river at a time when conditions and life in Kimberley were often harsh and unpredictable, the original homestead was, for its time, spacious and comfortable with wide, shaded verandahs and breezeways throughout.

Over time, yards, outbuildings and a large Indigenous community sprang up around the homestead. It was central to the vast family enterprise that at its peak comprised five stations, encompassing an area the size of Belgium. The Argyle Homestead maintained this position until the stations were sold in 1950. The physical and human environment of Argyle was also a primary source of inspiration for Patsy Durack’s granddaughters, Mary and Elizabeth, who as young women in the 1930s, collaborated on a variety of artistic projects.

Once the Ord River Dam was completed, in early 1971, Lake Argyle began to fill more rapidly than anyone anticipated. The Homestead was dismantled stone by stone, stored in Kununurra, and rebuilt towards the end of the decade, 15km from its original position. In 1979 the building was opened as a museum, dedicated to the pioneering spirit of the Durack family. The Homestead is now managed by the Kununurra Visitor Centre and provides a wonderful opportunity for visitors to learn about the lives of the region’s early pioneers.

Come and see us at the Argyle Homestead Museum, and get a fascinating insight into the lives of our pastoral pioneers. Walk through the 1890s home of the famous Durack family, relax in the grounds with a coffee and muffin and have a look through our great range of books, DVDs, stubby coolers, tea towels and more!

On June 15th 2019 over 300 people gathered at the Homestead to celebrate 40 years since the building was opened as a museum. Traditional Owners, community leaders, State Minister Ben Wyatt, 60 members of the Durack family as well as visitors from near and far came together to reflect, acknowledge and look forward. A set of framed images and a new and updated family tree were unveiled, and are now on display at the Museum for visitors to enjoy.

Weddings at the Homestead

If you are fortunate enough to be getting married in the East Kimberley then you will want your wedding and reception to be held somewhere that matches the spectacular landscape around you. There could be no finer place to spend the day with your nearest and dearest than the Argyle Homestead. After 4pm you can bring in your tables, chairs, food and of course your guests, and prepare for your wedding or reception. The evenings here are truly magical; as the light softens, the resident bower birds settle down for the night, wallabies might pop their heads up to see what’s going on, and you may hear dingoes in the distance as your friends and family gather to celebrate your big day. The wide verandahs and well-kept lawns around the Homestead are the perfect place to host your reception in comfort and privacy. There’s plenty of parking, toilets with disabled access, good power for your lights and music and photo opportunities galore with the Homestead as a backdrop, to capture your very special moments. If you would like to find out more about booking this unique place for your wedding or reception, get in touch today!